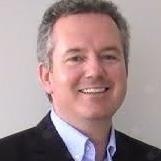 Bladder and prostate symptoms and management

Bladder and prostate symptoms and management

Transurethral Resection of the Prostate (TURP)

Excellent:
Very professional. Consultation carried out to high standard with valuable medical advice given. I would not hesitate to recommend Mr Casey to colleagues or family members.

Mr Rowan Casey’s undergraduate training took place at The Royal College of Surgeons in Ireland (RCSI) and his postgraduate general surgical training occurred in a number of centres around Ireland. He completed a postgraduate MD thesis in RCSI and then commenced 6 years Postgraduate Urological training in Ireland. Mr Casey travelled to Leipzig, Germany for six months to learn the technique of Laparoscopic prostatectomy and followed this on a Uro-Oncology and Robotic Fellowship at The Prostate Centre, Vancouver, British Columbia, Canada. In 2006, Mr Casey was awarded an Anthony Walsh Travelling Urology Scholarship and in 2009 a University of Strasbourg Louis Pasteur Diploma in Laparoscopic Urological surgery. In order to complete his Laparoscopic Fellowship in Germany he was awarded a number of funds (RCSI Travelling Fellowship 2010, British Urological Foundation (BUF) Clinical Visit Grant 2010 and European Society of Urology Scholarship Programme 2010). He has contributed to a number of books (Atlas of Laparoscopic and Robot-assisted Surgery, Springer, Germany and Essentials and Updates in Urologic Oncology, Nova Science Publishers Inc.) and has published extensively in peer-reviewed journals. He has recently completed an MBA through Imperial College London.
Mr Casey is a member of the British Association of Urological Surgeons, the European Association of Urologists and the British Uro-Oncology Group.

Urologists in Westcliff on Sea