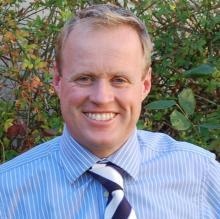 Excellent:
Caring, considerate, very professional. I felt like he genuinely recognised the pain I am suffering and was happy to make suggestions to help me get the surgery I need. Mr Luscombe treated me as an individual and I cannot thank him enough.

Could be improved:
Nothing comes to mind needing improvement.

I received the very best treatment, care and attention from Mr J. Luscombe and his team resulting in a very quick recovery from my arthroscopy. I could barely walk 250 Metres without pain - now walking 2 to 3 miles is a painfree pleasure.

Duty of care was exceptional.

Mr Luscombe undertook his surgical training in the West Midlands.  This allowed him to gain specialist expertise in lower limb reconstruction spending a number of years at the Royal Orthopaedic Hospital in Birmingham.   He also spent over a year working at Selly Oak Hospital which included experience in trauma and severely injured patients, including those who had been injured in the armed forces.

He currently performs over 200 joint replacements a year specialising both primary and revision hip replacements as well as primary knee replacements.  He also performs arthroscopies of the knee. He has an interest in surveillance of metal on metal implants and currently under the NHS leads the monitoring of these implants in the North of Worcestershire.

Alongside his busy practice he is actively involved in both medical education and research.  He has organised a number of national educational meetings on hip and knee replacements and is an educational supervisor for  the West Midlands Deanery.   He is also the representative for the Royal College of Surgeons in Worcestershire.

He is committed to providing excellence in clinical and overall patient care.
During his consultations he is keen to discuss possible treatment options obtaining the most appropriate solution for each individual patient.