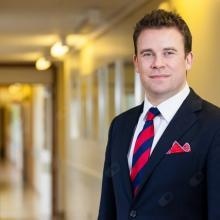 Excellent doctor. Professional and friendly. Extremely knowlegable. Willing to take the time to explain what needs to be fixed and how it is going to be done. It is rare to find a consultant who will treat you as an intelligent patient who can understand a medical procedure, in my experience.

Thank you for your kind words. I’m glad you had such a positive experience. Regards Andy

Excellent doctor, professional, punctual and caring. Wish all doctors had this attitude.

Many thanks for your very kind reviews. I’m glad I was able to help. Best wishes Andy

Andy qualified from the University of Newcastle upon Tyne in 1999. He continued his postgraduate surgical training in Newcastle upon Tyne, achieving his MRCS exams in 2004. He moved to London in 2005 where he gained a place on the South West Thames specialist orthopaedic training rotation.
Andy developed an interest in surgery of the hand and wrist early on in his specialist training and gained a huge amount of surgical experience in hospitals in and around South West London, including St Georges Hospital, Tooting, where he worked alongside orthopaedic and plastic hand surgeons.
He was lucky enough to be offered a fellowship in hand and microsurgery at the prestigious Royal Northshore Hospital in Sydney, Australia where he worked under the supervision of Professor Michael Tonkin, a world-renowned hand surgeon.
Following the award of FRCS(Trauma and Orthopaedics) in 2010 and the completion of his training in 2011, he was appointed as the consultant hand and wrist surgeon to Milton Keynes General hospital where he undertakes both elective and emergency surgery to the hand, wrist and shoulder as well as general trauma on call work.
As the college tutor for orthopaedics in the hospital Andy takes a very active role in the training, assessment and mentoring of medical students, junior doctors and trainee surgeons; he is also the clinical lead for hip and fragility fractures for the department, ensuring that these patients receive the best possible care and outcome during their admission.
Andy is a keen sportsman enjoying rugby, skiing and country sports. He has a passion for cooking and photography and sings regularly in a barbershop choir and quartet, competing to a national level.